This is always a killing that is done due to political differences between individuals and the main motive here is to safeguard one’s interest, which could be anything, the one who is always eliminated usually have some strong opposing sense that do not promote the well-being of the opponent, he is a big threat, he cannot let what has been planned by the opponent to go through in his presence. The options are always just two, either violence or violence. This will leave the victim either completely destroyed that he doesn’t even think what his name is or, murder. Extra judicial killing is not a new theorem in our society, it has been existing over and over. People talk about it and forget when there is peace.

Now, if you allow me to update you, extra judicial killings had existed even in the past worlds and history has it so well, the famous early philosophers like Plato, Socrates and Aristotle, not even forgetting about His only son, Jesus Christ were all eliminated due to their political differences and ideologies but at least theirs’s had a structure. It’s always a war of the lions and the antelopes where only the lions win and survive. The antelopes may only survive if the plays so low. In other words, if they become sycophants and ready to accept to be exploited. Fast forwarding things to immediately after independence in Kenya that is from 1964 onwards where political rivalries led to opponents being eliminated or brutally tortured that left  some of them to spend all their remaining life time on bed so that they do resist. I do not want to mention any name but I believe that you at least know some of them, do you? Superfast forward again up to 2017 where we have witnessed the mother of all extra judicial killings and believe me, any Kenyan can mention at least five of the victims off head at a glance. We usually talk and after sometime, we forget the only time the memories of the deaths are reactivated is when another person has been eliminated again but this are just the ones that someone is always bold to share with people online, so, what of that that we are never told?  The resent case at the time I was writing this article is the murder of a university student leader who was making it tough for their vice chancellor and it took social media by a storm but as usual, will be forgotten.

As this happens, it’s not that we do not have responsible leaders and bodies and institutions that should take this matter at hand but, here is the big deal, the leaders are the perpetrators of this war, its only that they play so cool and act like they do not know what happened, in fact, they are the most hurt people and are so sorry, but in their heart, they mean exactly the opposite. Just allow you me to enlighten you a little, a renowned scholar –Nicollo Machiavelli- once said that as a strong leader who is up to regain his empire, there are some characters that you must possess for you to survive, first, you must not be emotional so that you can be able to contain yourself at such times of trouble, he advices that you should be the most calm person ever, second, you must be able imitate the characters of lion and foxes; as a lion, you are free to use your strength to rise to power, to maintain it and deal with matters arising, as a fox, you are advised to use more of your brain in playing the masses and use non-violent means to make them depend and believe more and more in you, if you have to provide help, do not always make it regular but at the most time of need so that they continue depending on you as the only hope. Had they known how you are the mastermind behind all the happenings! Those are the basic rules of the game. Machiavelli further said that if you have to use violent means like executions, do not do it yourself, hire people to do it for you so that when people are retaliating against the matter, they do not attack you but instead, come to you for help. Another benefit of hiring someone is that when people have launched their attacks, they attack those who did the execution but not you. It becomes a personal affair between executers and the victims’ family. It’s therefore this Machiavelli’s ideas that most leaders have subscribed to and are using just to kill their opponents since a dead person cannot resist.

I hope that you are now enlightened and you now have an idea of what usually go on behind the scenes, I also hope that now you know why the leaders are always behaving like they do and are silent on this matters and sometimes only say, ‘’we will do our investigations and take necessary actions…’’ The investigations are never complete and before we find justice, we shall have forgotten about the matter. Initially the executers are always instructed to destroy any trace of evidence that prove their responsibility and some chemistry happens in court and they are set free, the story is just gone like that.

To the leaders, this is a fair game to them because they fight to safeguard positions and to other officials involved, they protect their oath as well as being loyal to their employers and the state. You could probably know this if you are a PR officer that you always have to relay anything positive information out there to you publics even if they can see the negative side of it, it helps build a ‘’good’’ image. So, to our leaders, this things are always just a normal thing to them and once they rise into power the rules of the game are always and already installed in them, I do not know if they undergo some kind of induction but who knows??? Those who execute the duties also know the rules of the game and they are so loyal to reward they always get, of course its money and protection which make them always ready to execute any duty regardless of you are in the society. You will only hear that word have come from above.

In this world of today, we only live under God’s trust and protection but when our day comes, we go in peace and say it was a life well lived. To all the victims who have been eliminated, rest in peace and to the organizers and perpetrators of this war, only God can judge you. That’s my take. And as always I love you and God bless you

Thanks for joining me!

Hi, my name is Simon, Simon Kitvan and I love sharing ideas about life barely originating from the environment that I interact with on a daily basis, it always provide a lot to learn, experience and to destroy you if you are not so keen about it.

On this platform,  it will be better if we be free to talk about anything that affects our life as the youths, things we interact with on a daily basis that affect us in one way or another.

Expect to see a lot of stories from sex, betting, entertainment, music, politics, life hacks… you name them , anything that makes both of us happy.

Sometimes, lets remember to make it as much dialectic as possible so that we can always be able to make sense and think more just about the ideas the we share.

As I started, I will appreciate your company so much because it will make me feel like  I have a family here as well apart from my biological family.

Welcome and God bless you as you prepare to enjoy my content. 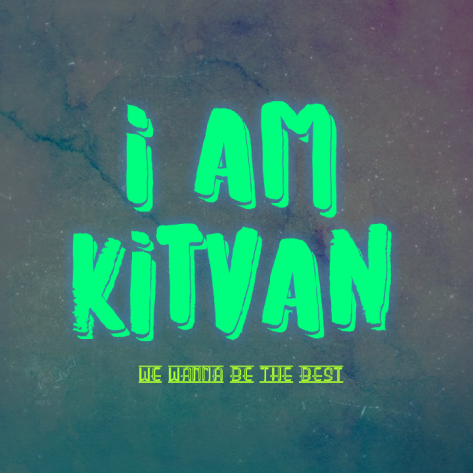