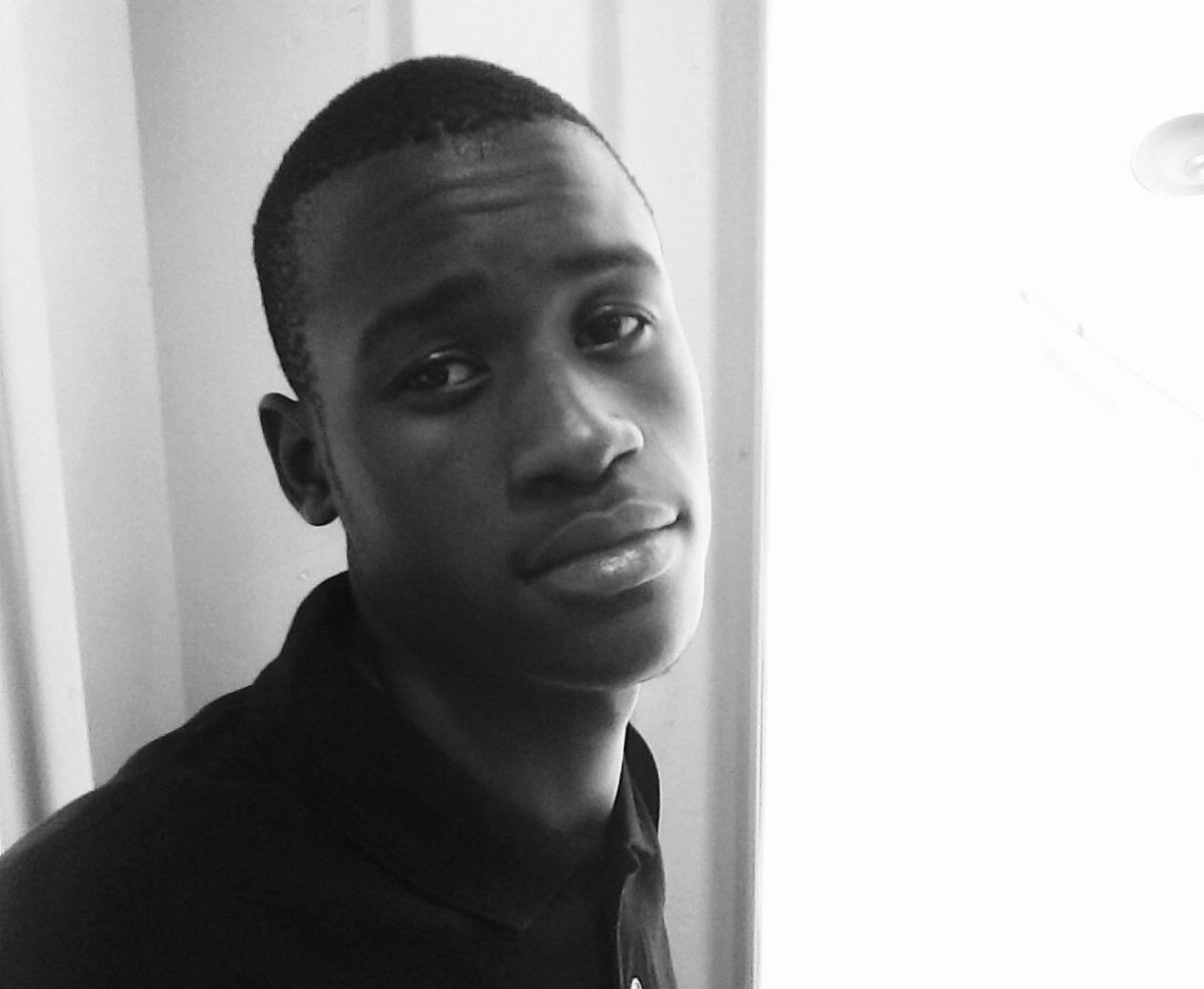 So, I have a female friend who is an actress and she has been in the game not for a very log time but at least she has been in the industry doing her thing. Just in the near past, as they were shooting a film for their next episode of their drama, she started noticing something strange from one of their actors who couldn’t be okay with the cast he was given. Well this is it, apparently, somewhere in between the episode was supposed to be a romantic scene and the perfect duo to cast the scene was her and the man in the story. Now this is the sweetest part, the man could not take the part as he was really feeling extremely uneasy to cast it. Anyway, who would never want to cast a romantic scene surely?  Who?  He completely refused not saying why and the entire team had to restructure the episode again.

They never did a follow up to find out the background reason why he refused. Now, being that this lady who I am going to call ‘’Jane’’ and the man let’s call him ‘’Victor’’, were close friends and they could make out more often, meaning, they could talk even ahead of things.

Why am I saying this story even in the first place?

I was a victim here. You know how you always have your friends’  photos on your gallery and you may decide to show some of your close friends about your other friends who they don’t know? So ‘’Jane’’ happened to have some of my photos and as they were going through the gallery with ‘’Victor’’, he saw my photo and pulled her fingers from scrolling and said, ”stop. Go back to the previous photo.” And boom!! It was me. He got impressed and could not hide his secrets and feelings anymore. I know you are now wondering what???? The same way you are wondering is the same way that ‘’Jane’’ was left tongue tied when ‘’Victor’’ told her that ‘’…wow!!! This guy looks very handsome… and am just falling in love with him…’’ unlucky me!! I impressed a fellow man to fall in love with me!!! Jesus! Now the next big task was to find me so that I could say yes. Unfortunately, that could not happen since Jane herself could not even let him access me now that that was his intention of meeting me.

I personally was aware of such things in our society but never imagined that I could be a victim one day. Victor is a young man who is just in his early 20’s. At least at this point, it was clear to Jane since Victor had come out of the closet to tell her about his sexual orientation and identity that he belonged to the LGBT (Lesbians, Gays, Bisexuals and Trans gender) community.

Now that I was involved in this story and Jane too was worried about her friend. I had to go deeper into it rather than just being aware that such characters exist in every kind of society. In my country Kenya, it is illegal to belong to such a community since our culture does not recognize it but this doesn’t mean that they do not exist. We just have to learn how to cope up with them.

It is commonly known to many as homosexuality, where one gets interested, or attracted to the members of the same sex and it is referred to as Gay in men and lesbianism in women and there are even those who do both sides, Bisexuals among other many categories that one may belong to.  But, in real sense, it’s not a thing of the present as most people would put it and attribute it to westernization. Actually, homosexuality dates back to the ancient times of Greek and Rome as such terms were evident in the works of ancient Philosophers like Plato and Socrates and there even existed photos and carvings crafted showing people of the same sex showing intimacy. History says that it existed since the early 1500 BCE.

Fast forwarding the story to the resent times, this kind of traits have been seen manifesting into many people from all parts of the world. There is nowhere free of LGBT community, some states accepting it, some denying it.

From those findings, could we say that women’s sexual desire is less rigidly directed towards a particular sex as compared to men’s? As in, women get attracted easily to any gender compared to men? What do you think? Defend your side. According to me, I think it is changeable over time along someone’s life cycle though doesn’t apply to all people. As in, younger ladies embrace this behavior but as they grow older, the quit.

(N/B; the Kinsey report have always been criticized since people have always had varying opinions on this topic and  they have always come out to add more clarity to it. )

With that in mind let’s therefore look at the causes.

So far, scientist have only established two possible causes of homosexuality.

Environmental factors where they again attribute possible influences from;

To me personally, I may say that the environmental factors plays a big role in making someone change his or her sexual orientation identity since they look more justifiable and evident and the choice sits with an individual on whether to choose which side you want to align yourself to. The biological factors could also contribute but not out of choice, you are either naturally born belonging to the community or not. Anyway, my opinions are not endorsements so do not go and start confronting your friend on how what is true. Remember up there we said that this are only hypothesis. They have not been completely confirmed.

Mostly know as coming out of the closet.

This is basically a phrase used to mean disclosure of one’s sexual orientation and identity and it is always described in three phases, the first one is knowing oneself internally of whether you are a homosexual or heterosexual, the second phase is now the decision to come out to others like family members and close friends and the final phase is when one has accepted and living openly in society as a homosexual.

Is it a disorder?

Well before 1973, it could be termed as a disorder. You ever heard of the American Psychiatry Association (APA) and their Diagnostic and Statistical Manual of Mental Disorders (DSM)? In 1952, the APA published its first DSM I and homosexuality was included in as a disorder. This sparked a lot of controversies and discussions and it was even challenged that it lacked consistency to produce empirical and scientific basis regarding it as a disorder or abnormality. If we look at a state to which someone has to be classified abnormal, a problem must first exist and the behavior must be termed deviant (not accepted by many in a society). According to APA they must have been correct in their own view since not everyone was a homosexual plus, the individuals had a problem coping up with people from the opposite sex when it comes to affection and sex. That was abnormal but they could not prove this argument so they had to lose the case.

They therefore urged all mental institutions and other organizations and other mental professionals to stop terming it an abnormality and remove all the stigma associated with such orientations which we saw the World Health Organization (WHO) which had just updated in their ICD-10 that homosexuality was a disorder from ICD-9 removing it as a disorder. The same happened the Chinese Society of Psychiatry which removed theirs too from their Chinese Classification of Mental Disorders in 2001 after 5 years of research proving it not a disorder.

The main reason why they had to scrap it off was that homosexuals were just normal people who functioned well just like other people who are straight and they were just living a happy life and as productive as other people and healthy. There is no abnormality associated with them. Even if we look at their sex life, they all show comparable expectations and ideals with regard to romantic relationships and people with this orientation express their sexuality in a variety of ways and may or may not express it in their behavior.

So, the answer here is a valid NO, it is NOT A DISORDER.

Though efforts have always been made to try and change these people to be heterosexuals, there is completely no adequate scientific proof that one have cured homosexuality and managed to change a person’s orientation. APA still comes clear on this that it’s not a choice that can be changed at will though over a period of time, it may be changed but not as easy as we think.

Some of the methods that have been identified to be of help include psychotherapy, support groups who support the people belonging to this community so that they may come to reality and change and life events where those who have changed are used as props to testify why they should be straight. Through this, an individual may become aware at different points in their lives and they could change to become straight only if it was not caused by biological factors (It is like someone telling you to become a woman when you are a man!!!! Completely impossible even through surgery)

One last method that have been suggested include that might help is the conversion therapy.

Basically in classical conditioning the individual is subjected to an aversive conditioned stimulus while at the same time denying him or her what we want to get rid off him or her. Therefore by subjecting them continuously to the conditioned stimulus and denying they chance to practicing homosexuality they begin to elicit conditioned response from the conditioned stimulus and at the same time, learning a new behavior resulting from the denial of practicing homosexuality. When this is repeated several times, it should be able to work and the person might change. We psychologists believe so.  Remember when you have a young kid and whenever you go with her to the supermarket and she sees sweets, she begins to cry because she want the sweets, she gets used to this behavior (crying to get sweets) and anytime you go with her to the supermarket and she sees the sweets, she cries. When you want to stop her from this crying habit, you now condition her, so, whenever you go with her to the supermarket, you do not pass with her where the sweets are and even if she starts to cry, you still do not buy her the sweets, you don’t reinforce the crying habit anymore, overtime she will get used to it and will not cry. Now that is a model of what we call classical conditioning.

Now I believe that you have a deep idea of what homosexuality is and what it entails. It’s now upon you to devise a plan on how to interact with them and how to treat them because they are just normal people like us. Make some sense out of this story. I do not care even if it’s legal or illegal in your country but the fact still remains that the LGBT community will always continue to exist in any generation.

DO NOT STIGMATIZE THEM.

You may share with me your views in the comment section below and tell me what you think.

Thanks for reading and as always,